Adding a new graphic or media object as a new layer is as simple as hitting the plus button down at the bottom of the Preview screen.

Here you'll see we have Text / Images / Picture-n-Picture (PiP) / Movies, and we can actually group these to  have them turn on and off at the same time.

Making  a text object is as simple as typing in the text you want to save.

From here you can set your font size,  text  color,  and by touching the text youve added on the screen you can move it wherever you want.  Once you are satisfied, simply save your new text layer and it will appear in your Graphics/Media panel to the right of the Program Monitor. 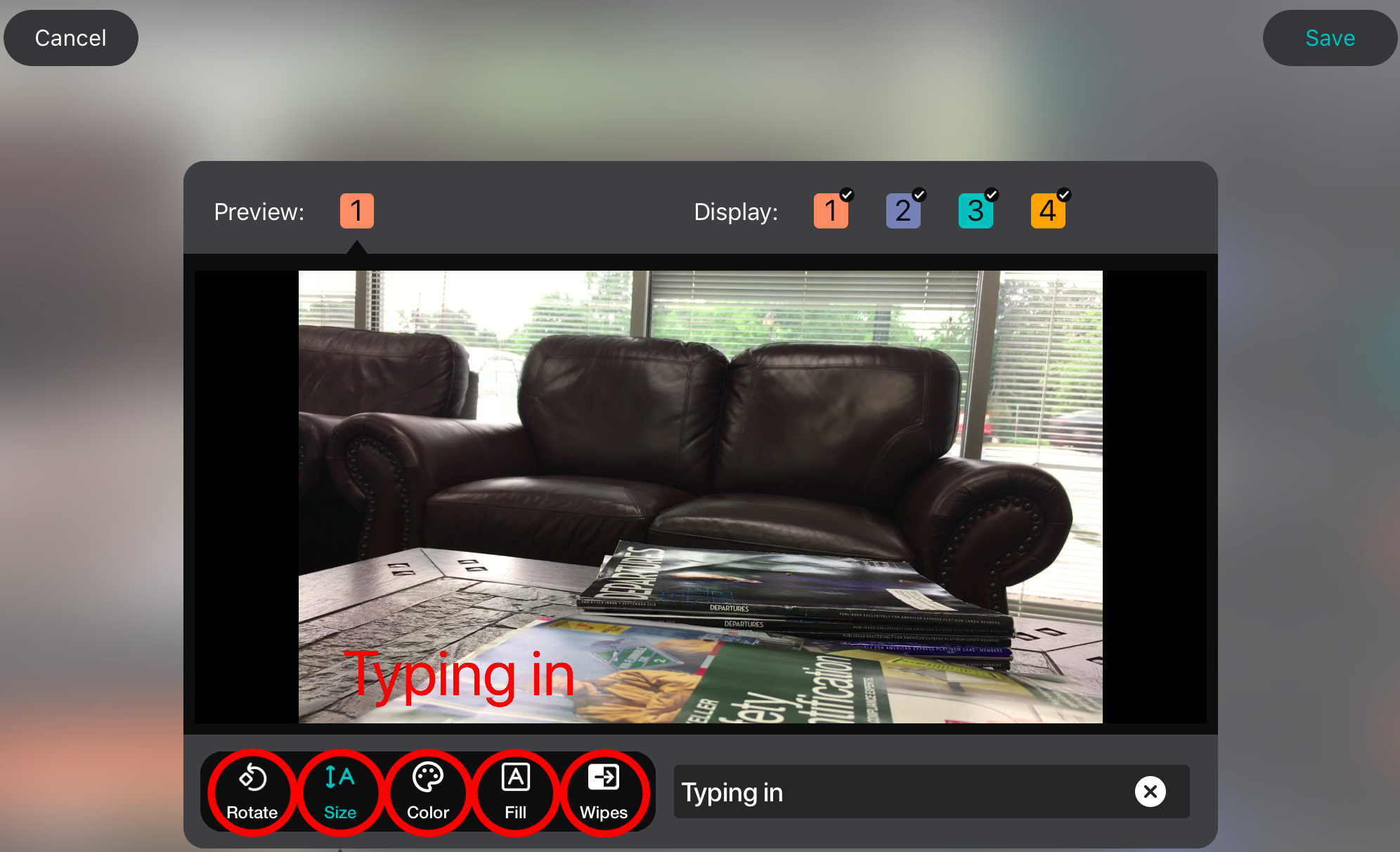 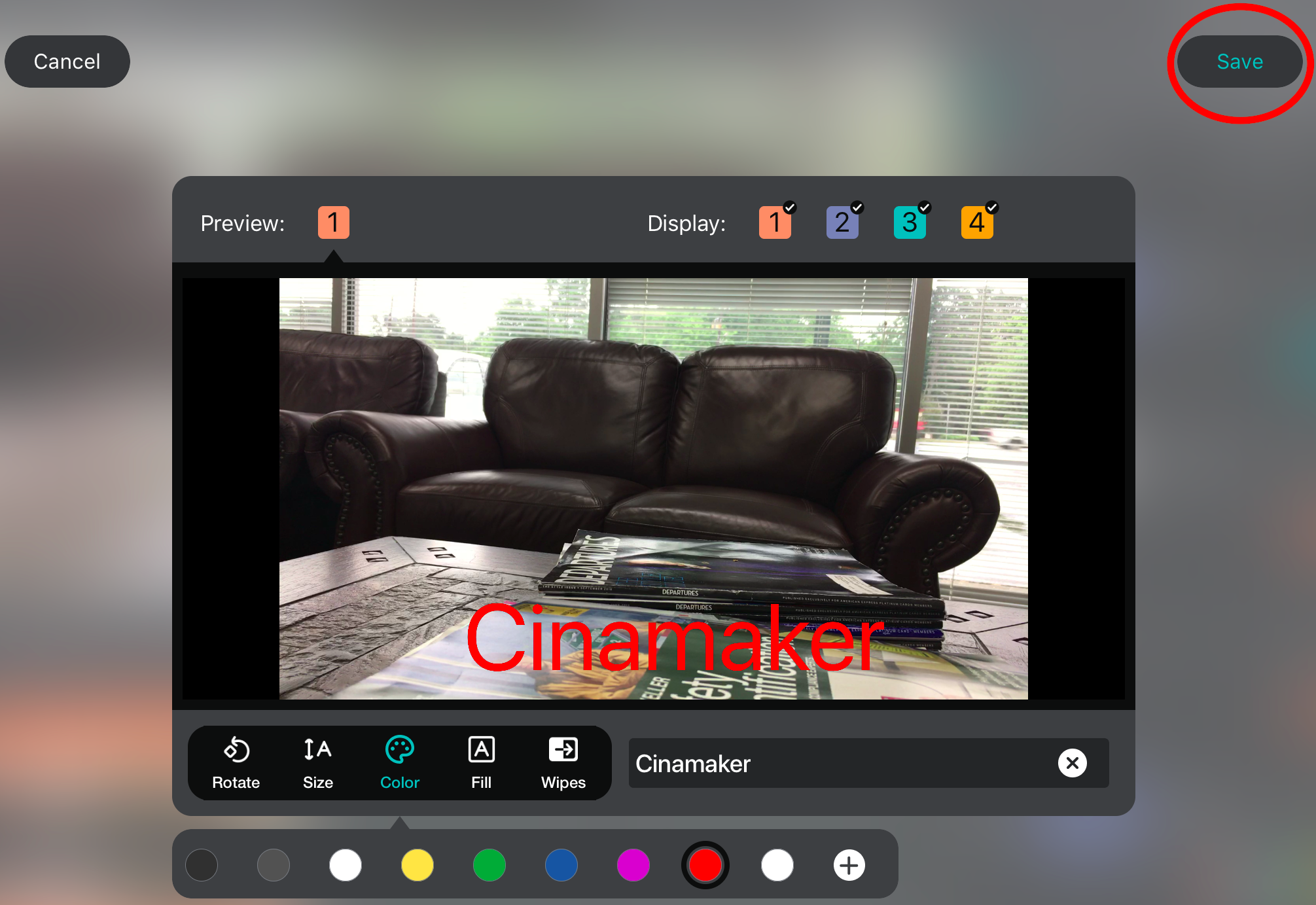 Cinamaker supports alpha channel graphics so if you want transparent background, you can create your graphics as transparent PNGs before importing. In addition, you can resize your image, rotate the image using two fingers, and even expand the image fullscreen.

Once you are satisfied, simply save your new image layer and it will appear in your Graphics/Media panel to the right of the Preview/Program Monitor. 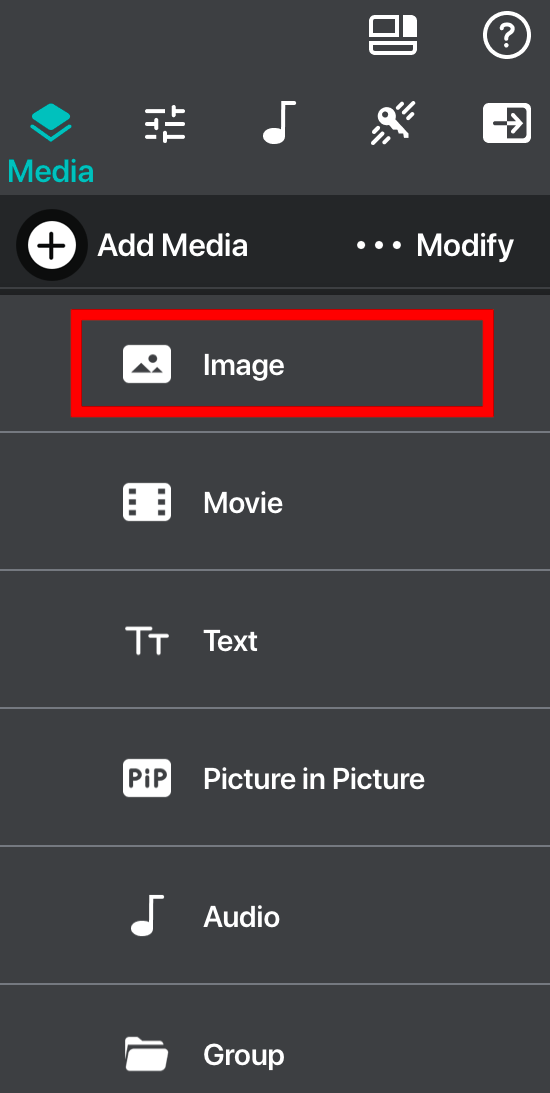 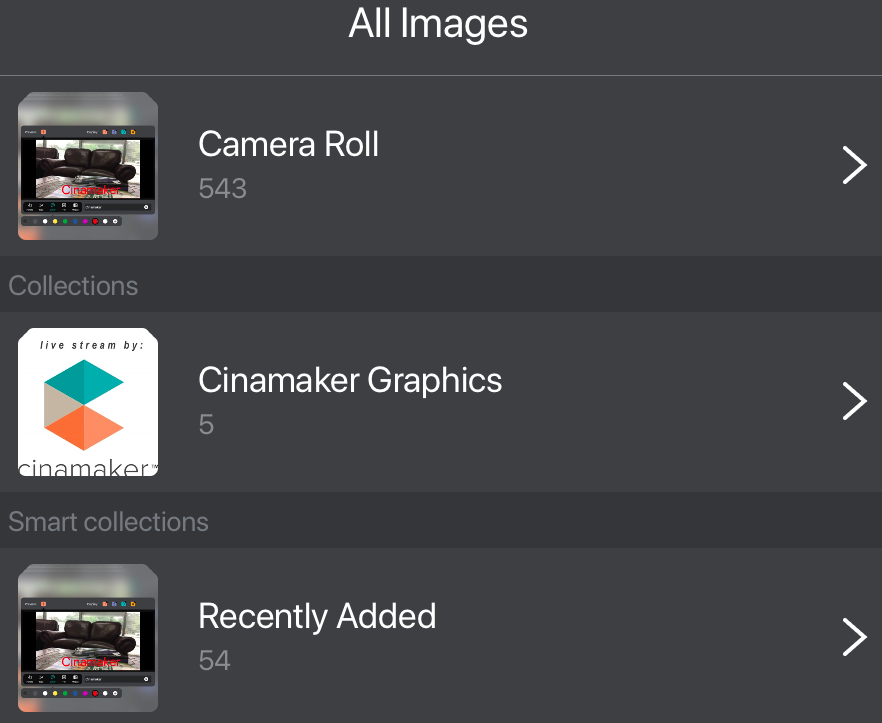 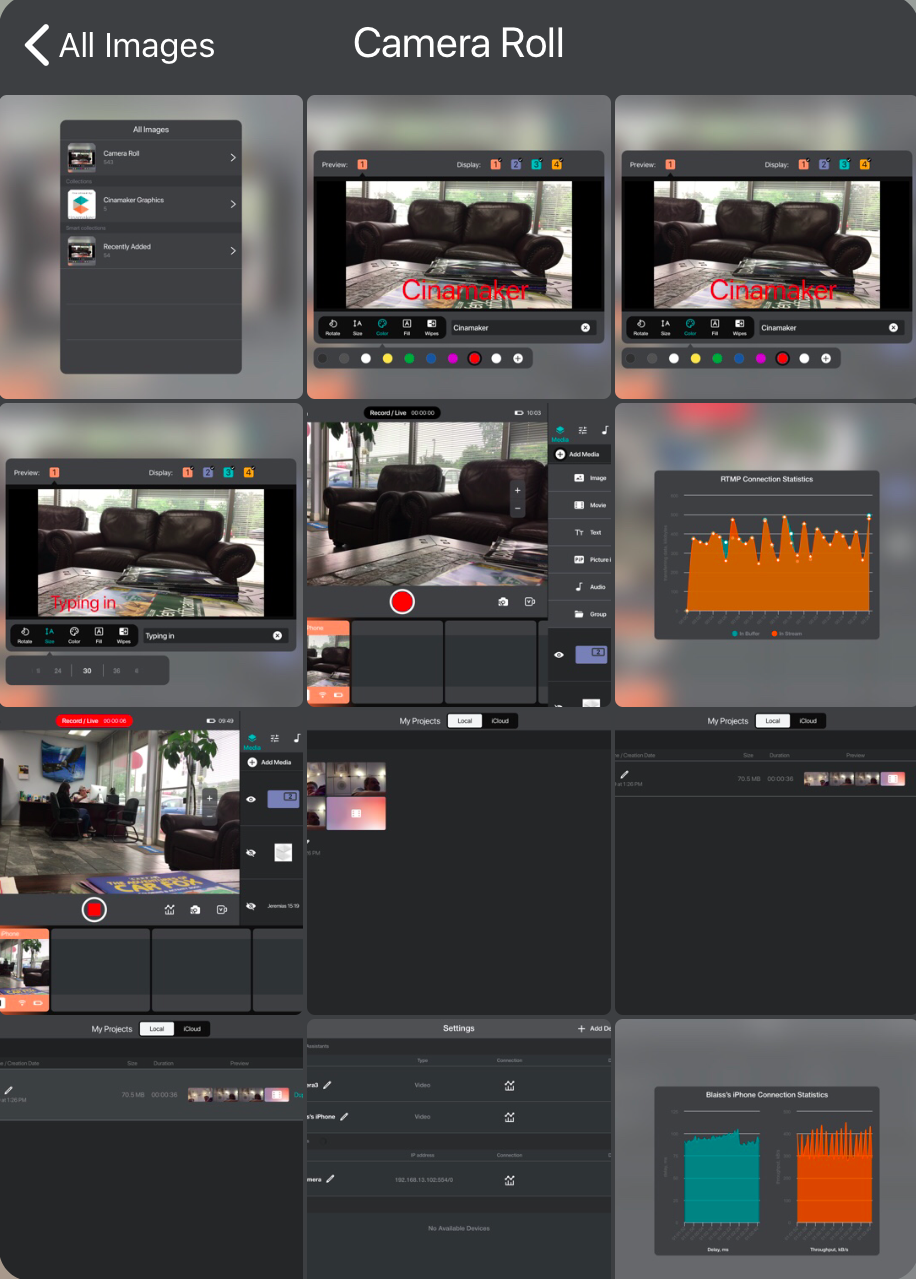 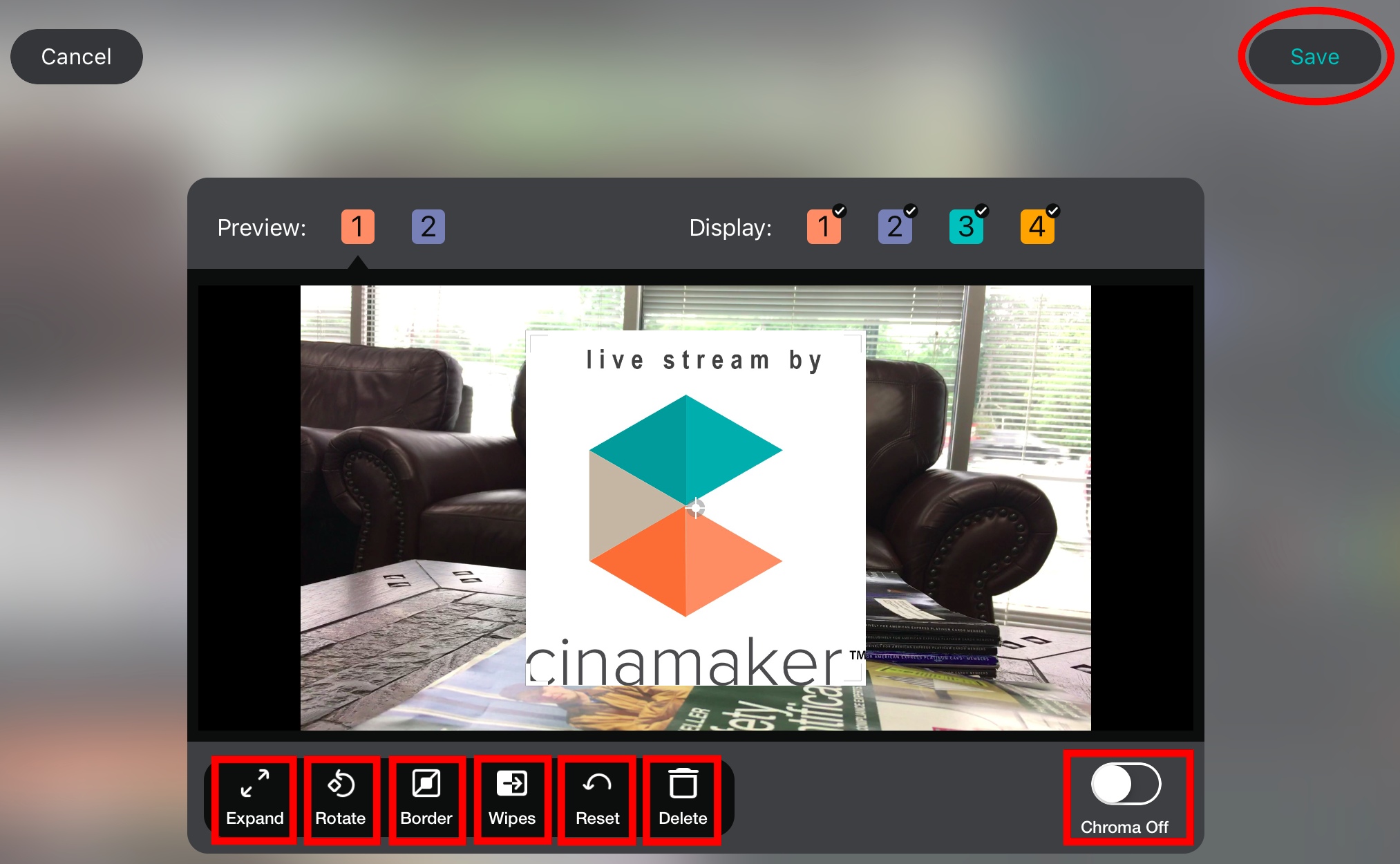 Adding a pre-recorded movie/video is similar to adding an image with a couple of exceptions.

Simply select "Movie" and you will be given options to access video from the iPad's local storage, YouTube URL or a live HLS stream URL. 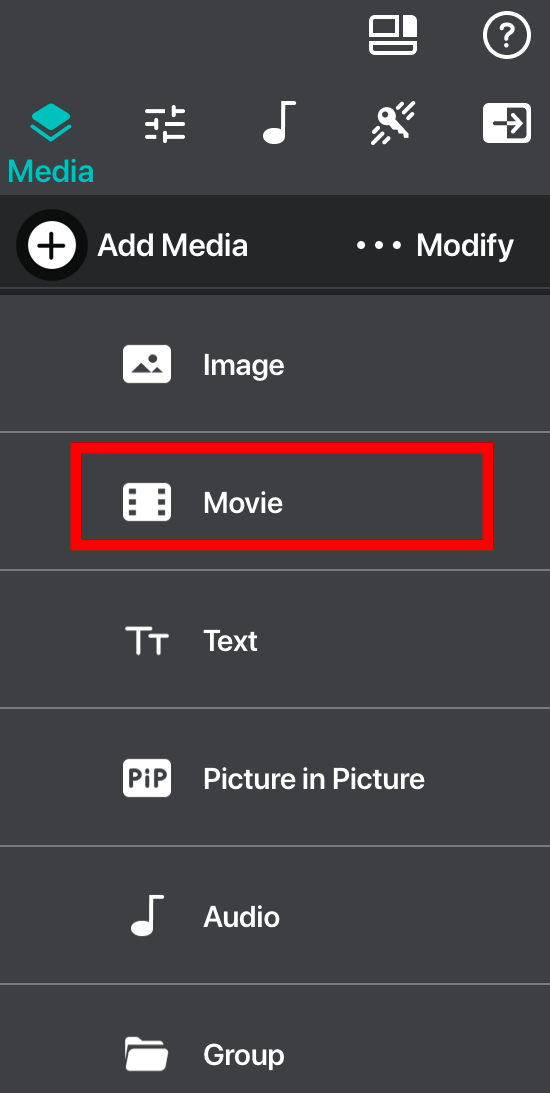 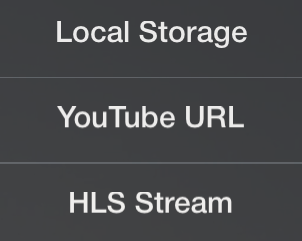 Video from Cinamaker's local storage will be made available to select from.  To play the video fullscreen, simply select "expand" or you can size and place it where you wish and be sure to save it. When it's time to play the video during Production, simply turn on the layer, press play, and turn up the volume should you want the audio from the video to play. *NOTE* Videos on your camera roll you wish to embed into your production must be pre-loaded into Cinamaker's 'Local Storage' before using. Access 'Local Storage' from the main hamburger menu to import videos.

You may want your pre-recorded movie/video to play as an intro at the beginning of your live stream/recording.  In this case, simply select "Set as intro" and when you start a live stream or recording the video will begin playing automatically. Once the movie/video is finished, it takes you back to the main screen.

Picture in Picture allows you to assign which camera or movie/video you wish to also appear and locate it within the same frame as another camera. This is useful for a number of use cases. Foe example, for overhead views,  for gaming and you want to picture of yourself overlaid atop the actual video from the gaming console. 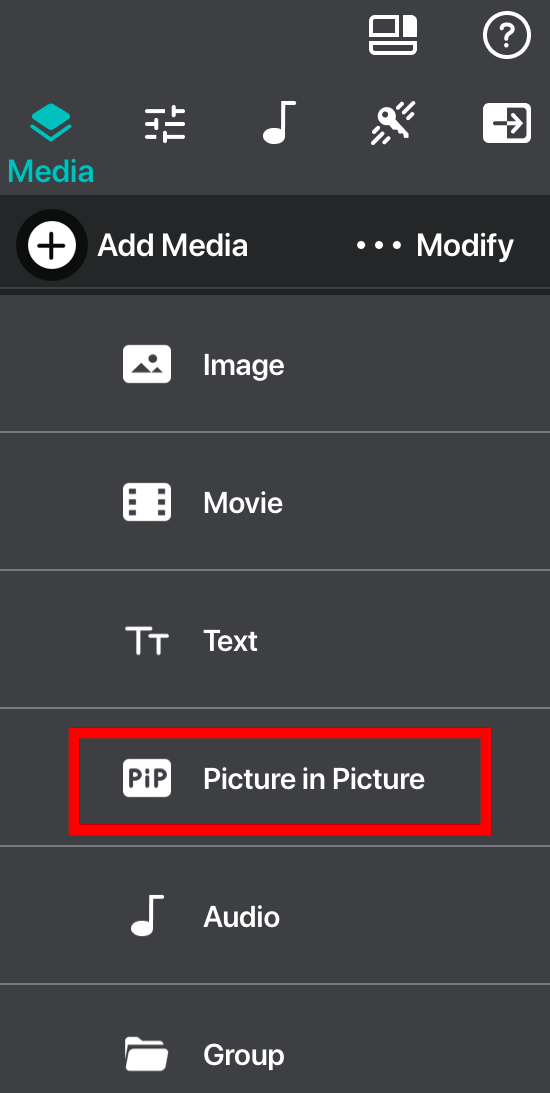 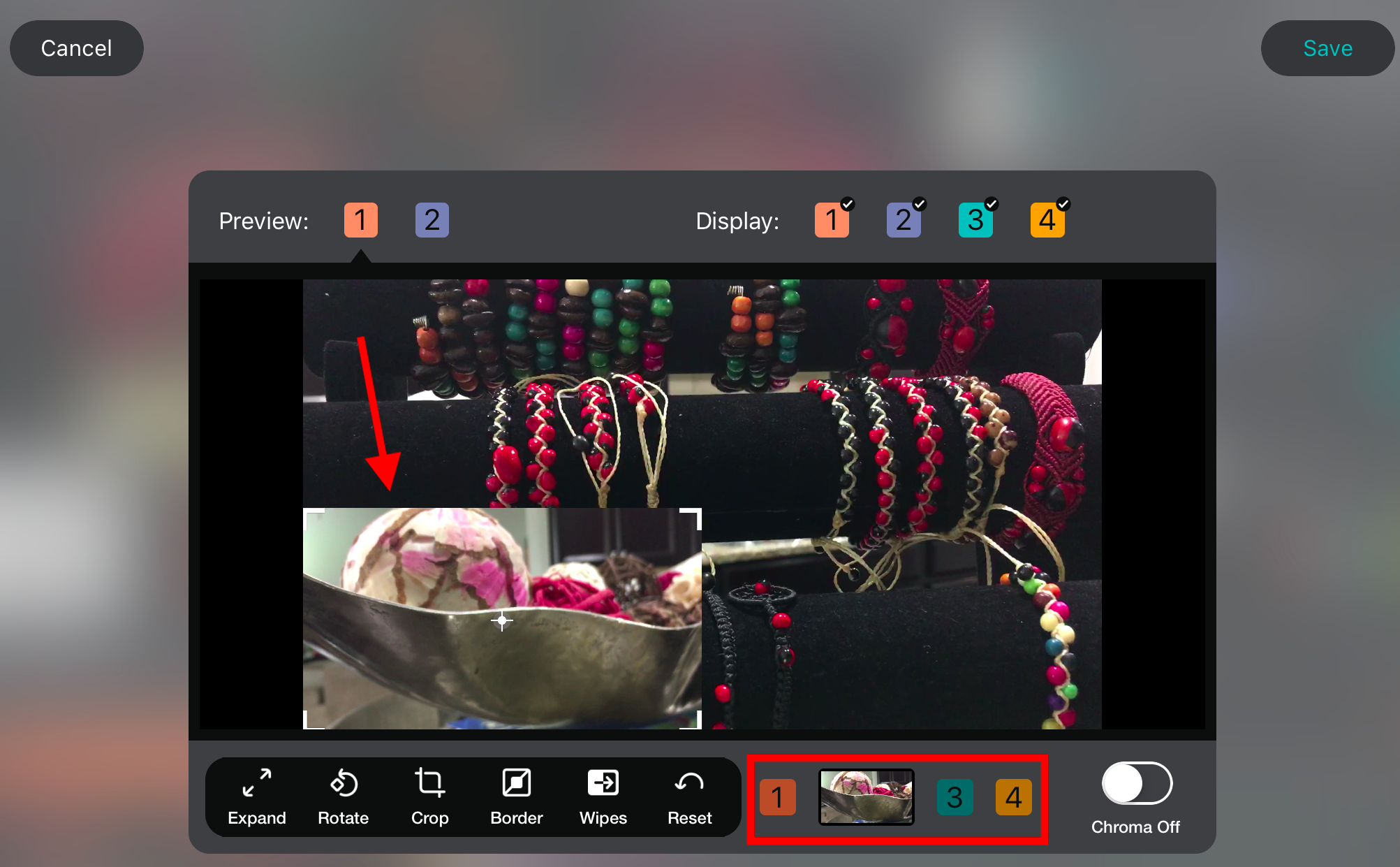 Groups  allow you to drag several objects together in a group so that they can be turned on and off at the same time.

In Preview, Live Production or Post Production you may display your Graphics and Media layers by selecting the "eyeball icon" next to the layer you wish to display.