With Cinamaker, both your multi-camera live edit (aka "Line Cut") and raw footage will be saved as a Cinamaker Project folder on your iPad and Mac.

Additionally, your edit decisions, graphics and media, audio mix, and raw audio is saved on the iPad or Mac File system for editing in Cinamaker's in-app editor, or export to your favorite editing software, including Apple Final Cut Pro and Adobe Premiere Pro (see "Post Production").

Move your Cinamaker Project folder to your Mac from your iPad

Before you can edit your Cinamaker project from the iPad using Apple Final Cut Pro, Adobe Premiere Pro, or other video editing software, you will need to move your desired Cinamaker project to your Mac or Windows machine.

You can AirDrop the desired Cinamaker project folder to your Mac from your iPad, or via cable to your Mac or Windows computer. 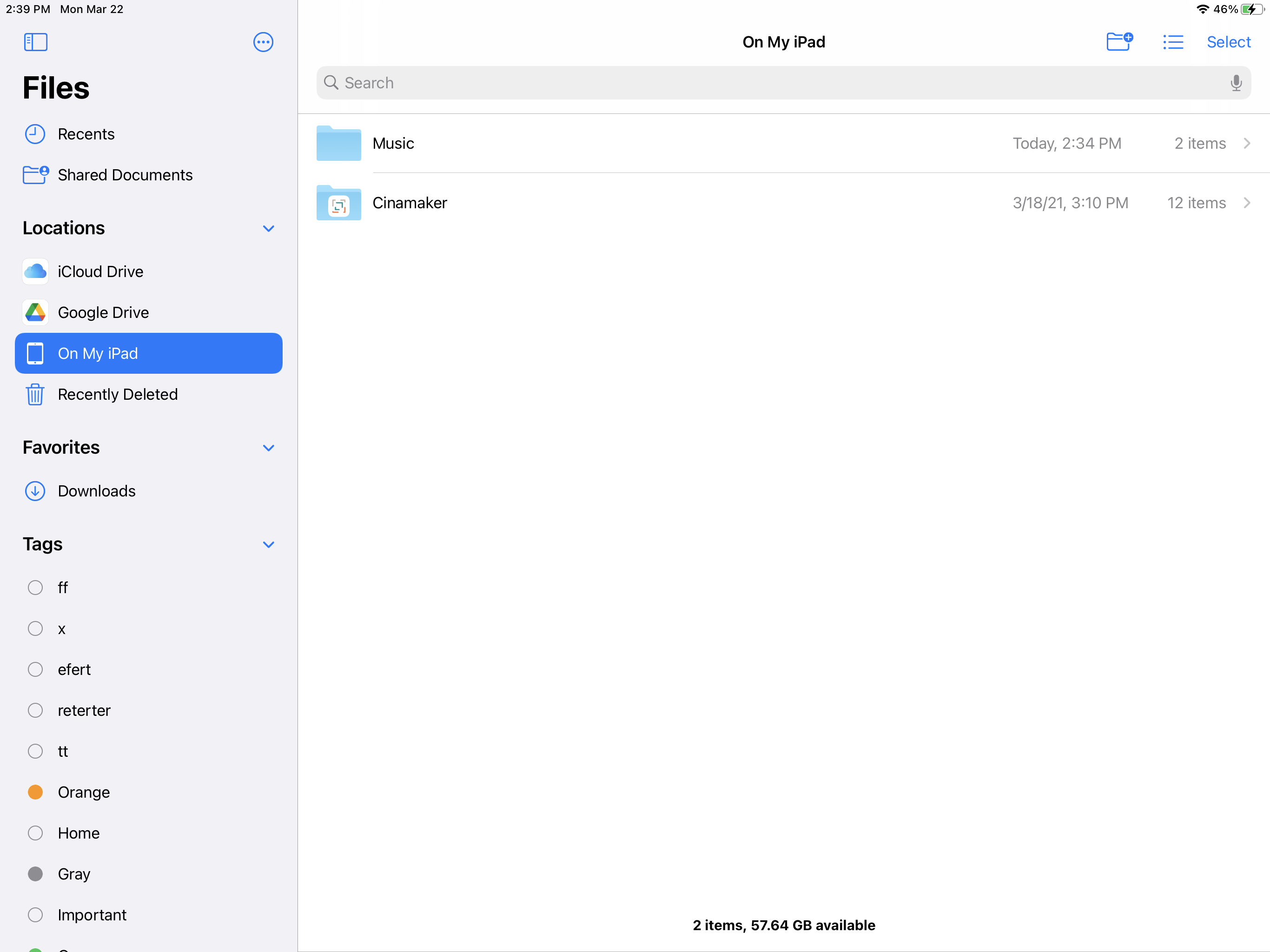 Locate the Cinamaker folder via the iPad Files system