Echo cancellation - Mac only is a feature designed to use Cinamaker without requiring you to wear a headset while communicating on various online meeting and webinar platforms. It has been successfully tested with Zoom and other platforms, although there are cases when it may not work.

Echo cancellation is optimized for use when sitting in front of your computer using your webcams mic and computers speakers. 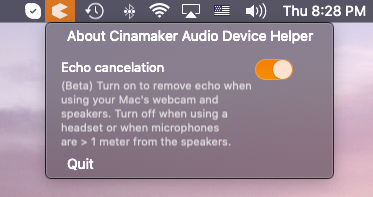 Activating the feature from the Mac menu bar 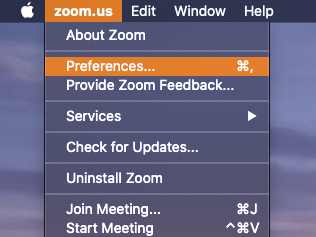 Accessing A/V Setting inside of Zoom

Note: When using Cinamaker in a more typical production environment, Echo Cancellation should be turned off and earphones or headsets should be used by all needing to monitor the production.

incompatibility with MS Skype and introduction of static and corruption of audio in some configurations.

I
Igor is the author of this solution article.