Screen Share from an iPad to a Mac Print

There are times when you may want to screen share content from an iPad to Cinamaker Director Studio running on your Mac as part of your production.

To screen share the contents of an iPad to a Mac running Cinamaker Director Studio, requires the following steps.

First, you must have Cinamaker Capture installed on the iPad you wish to share.

Be sure each device is connected to the same strong wifi network.

Also, be sure CinIO (available from the Mac App Store) and Cinamaker Director Studio are both running on the Mac 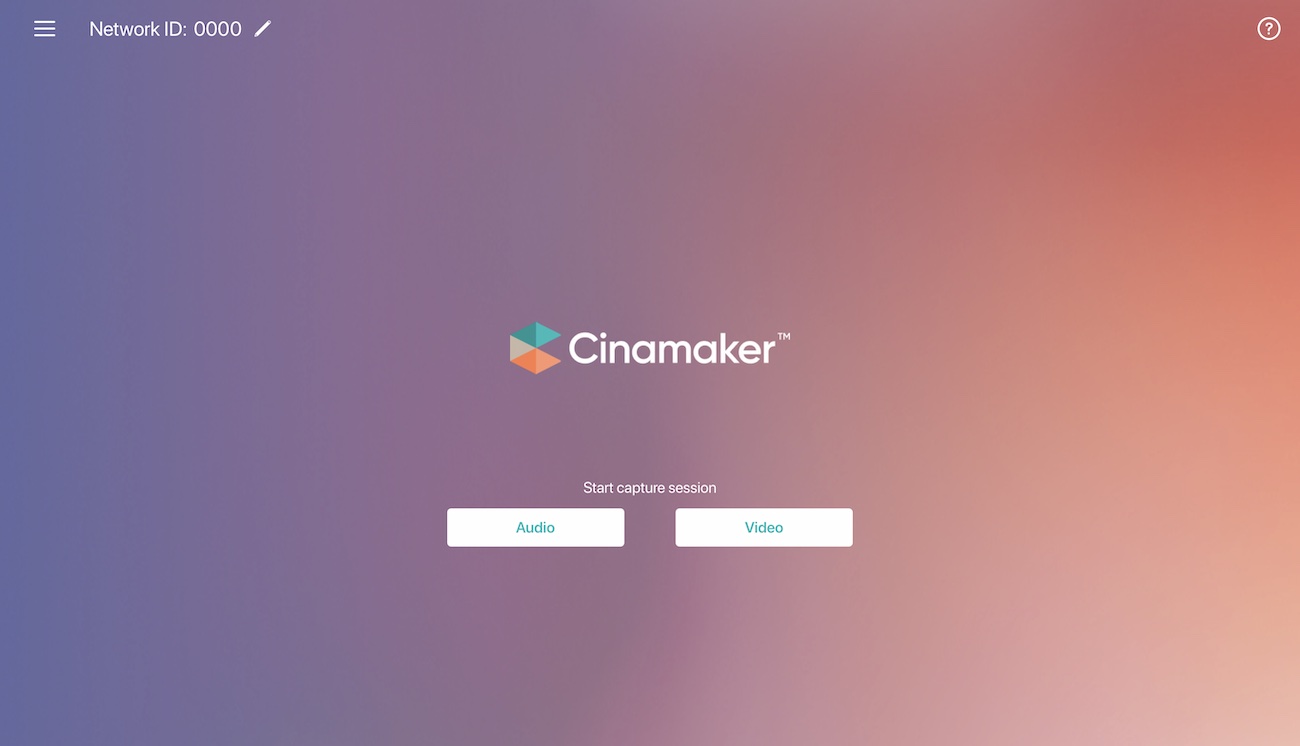 1. Open Cinamaker Capture on the iPad you wish to share.

NOTE: It is not necessary to start a session with Capture, but the app must be open.

2. Swipe down from the top right corner of the iPad and locate the Screen Recording icon 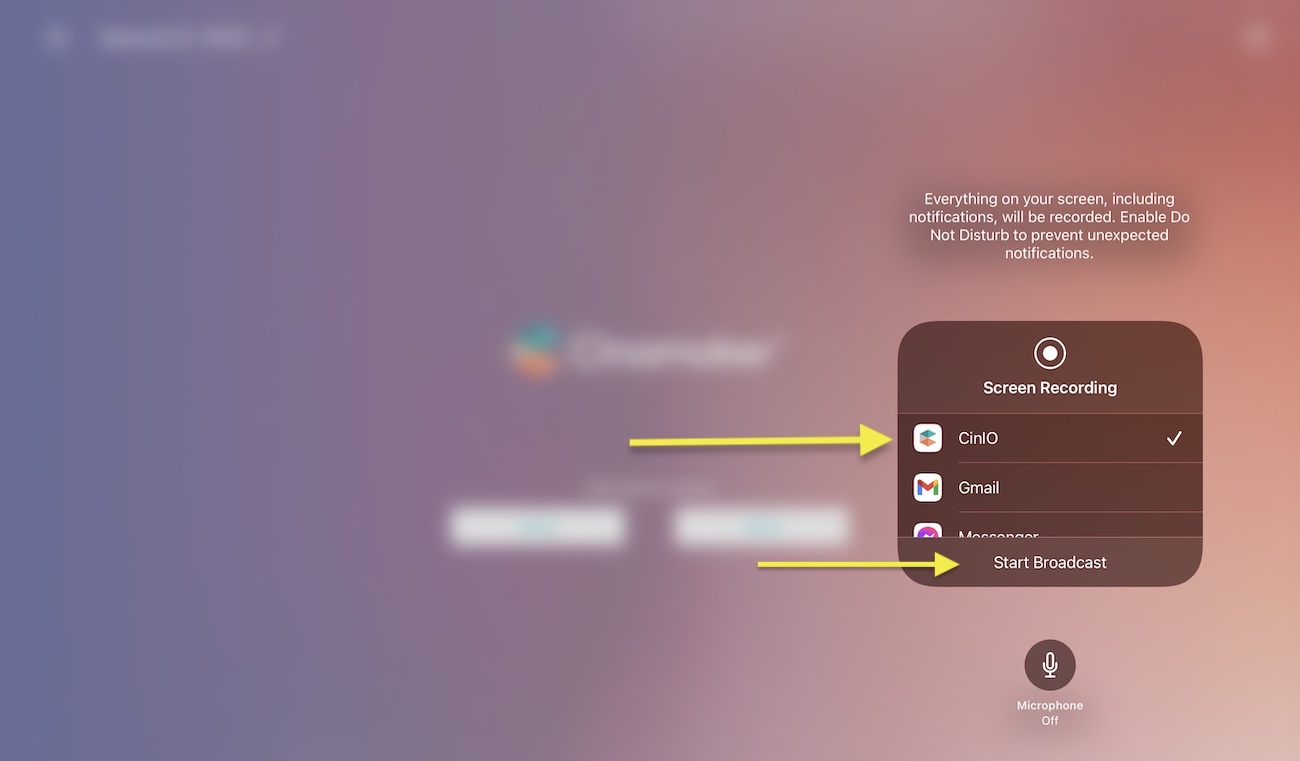 Now you are ready to select the App, Screen, or File you wish to include in your shot 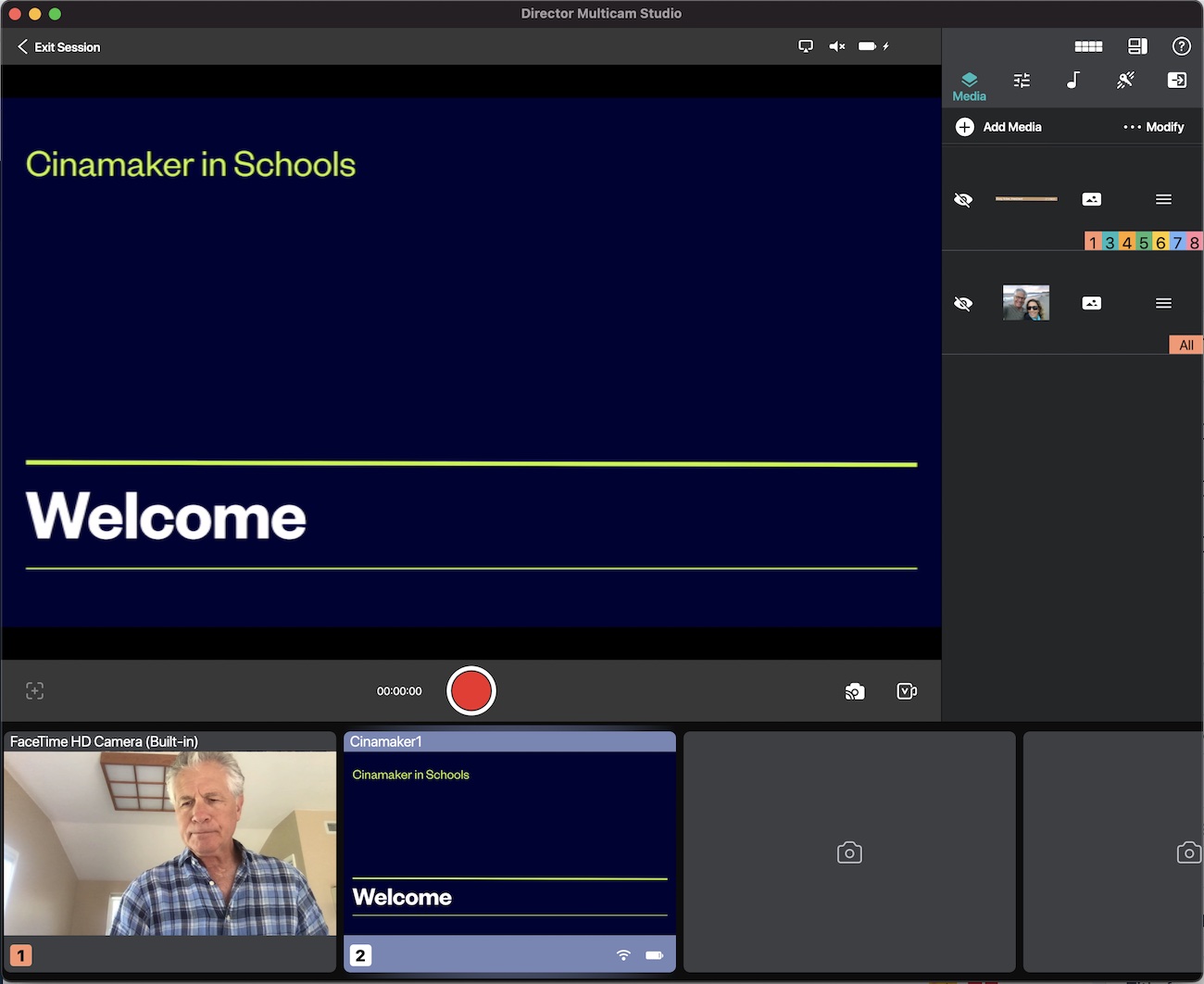